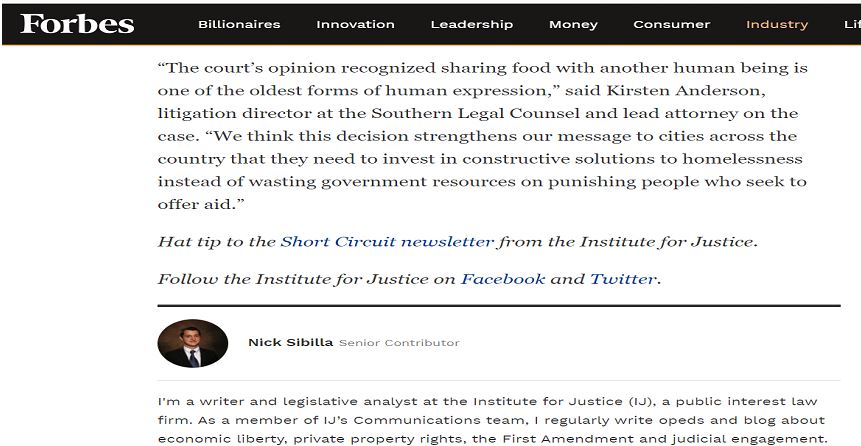 When Southern Legal Counsel won a major victory for First Amendment rights at the U.S. Court of Appeals for the Eleventh Circuit in Food Not Bombs v. City of Ft. Lauderdale, Relatable Communications Group helped the nonprofit law firm maximize its favorable media exposure through a press release that strengthened the organization’s presence in national, statewide and local coverage of the ruling.

Southern Legal Counsel lawyers noted that in the past journalists often left their organization’s name out of articles about cases they’d won, but through proactive media relations, they were included in the coverage and were quoted more often than they would have been otherwise.

Among the news outlets that quoted Southern Legal Counsel’s lead attorney in the case were: Forbes, the South Florida Sun-Sentinel, Route Fifty, and WLRN-FM public radio for South Florida.

With the support of Relatable Communications Group, the organization is now bringing the media to bear on its efforts to stop local and state governments and other institutions from violating people’s civil and human rights. Through news releases and media pitches in conjunction with court filings and issue-oriented campaigns, they are also raising awareness among the general public and strengthening their message by relating their clients’ legal issues to the Constitutional rights of other Floridians.

“Relatable Communications Group has been a great partner with Southern Legal Counsel, supporting our advocacy with a robust media relations strategy that includes news releases, pitches and follow-up with reporters. They also track our media coverage and maintain a database of journalists who are covering the issues we most often engage in. The resulting increase in coverage of SLC has been extremely helpful to our legal strategy as well as our fundraising.” 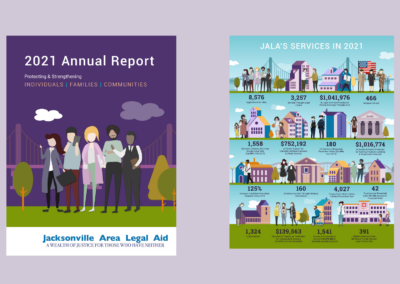 Establishing a Brand and Website for the Justice for All Initiative 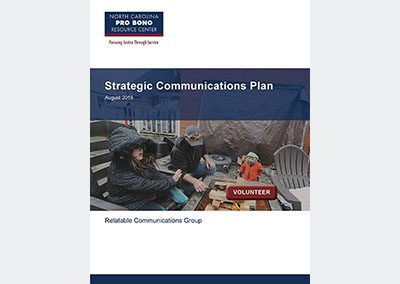 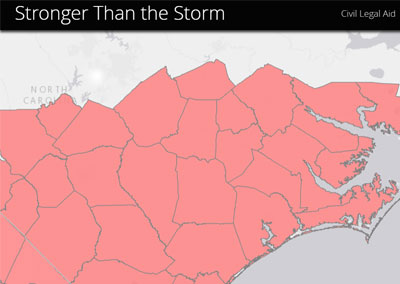